This stronghold is one of the last witnesses of the military defensive system of Amalfi against the attacks coming from the sea. It rises up on the top of a hill above Maiori, from there, it was able to control the whole area surrounding the town. It was built in the IX century and its walls cover a perimeter of 550 m protecting an area of 7500 m2. Along these walls , stand nine round sighting towers. This fortification was destroyed by the Pisans in 1137, but, after that it was rebuilt and still used for several centuries for the territory defense. 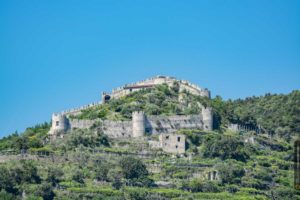