The Roman Villa of Minori dates back to the 1st century, it is a testimony to the Roman choice to use this territory as summer residence. The villa was originally built on two floors but only the porch that surround the garden and one floor have survived the ages. Inside the villa there are several frescoes, walls decorations and a mosaic floor in black and white representing hunting scenarios. Many items dated back to the Romans age were discovered during the ’50s when the Roman Villa was found.  It’s possible to see all these items, included ancient work tools, decorations and amphoras, in the Antiquarium. 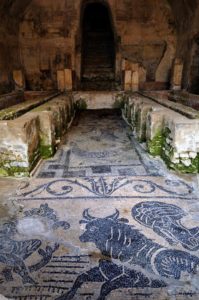